Defined by Article 2 of the Vienna Convention on the Law of Treaties, a treaty is "an international agreement concluded between States in written form and governed by international law, whether embodied in a single instrument or in two or more related instruments and whatever its particular designation".

Before you start your research, take one second and define your treaty research task:

If you have a citation to the treaty, check Table 4 of the Bluebook for the complete title of the source. You may then search the title in our Law Library Catalogue and find out how to locate that source. Our library holds most of the treaty sources listed on Table 4 either online or in print. 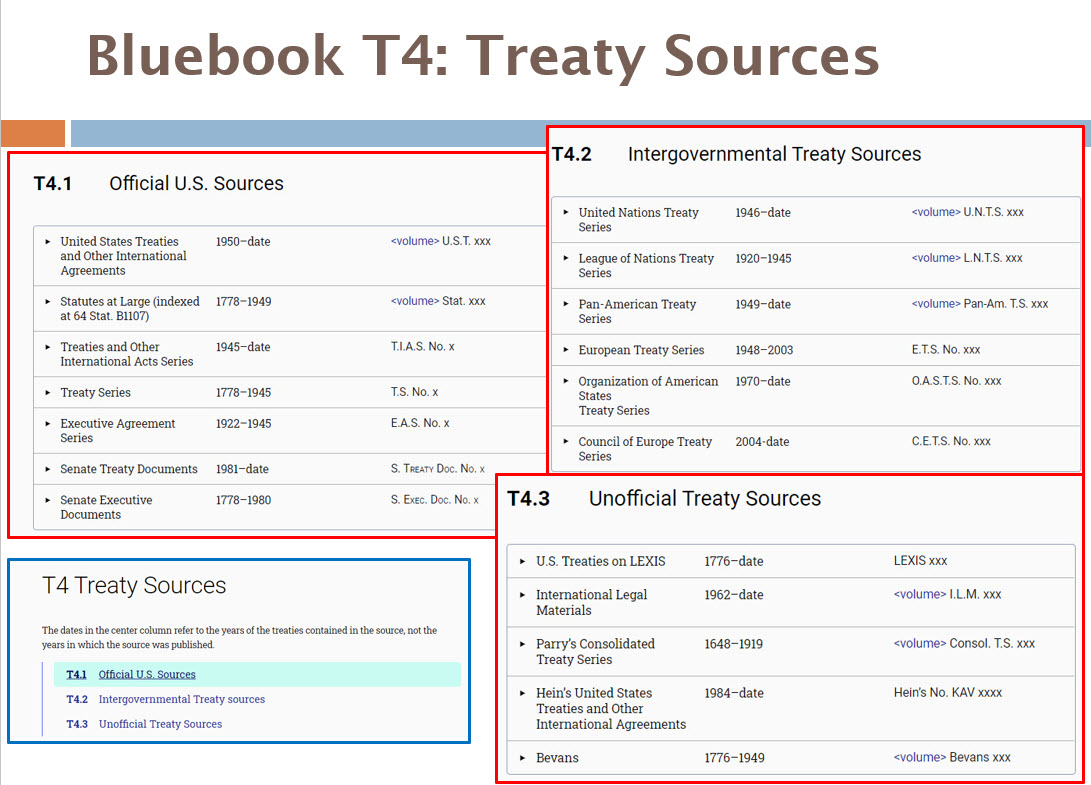 Treaty Index is a finding tool for you to locate treaties by parties, subject matters, entry into force dates or other attributes. 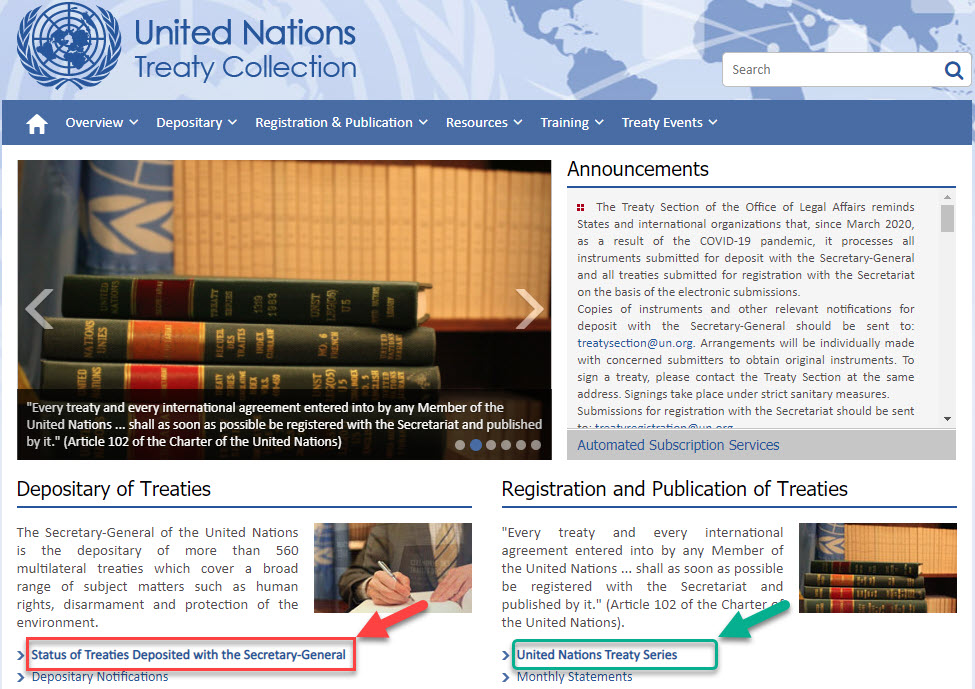 As a free resource, the United Nations Treaty Collection provides a few databases for you to find the text of most bilateral and multilateral treaties.

To check the current status of a multilateral treaty, the United Nations Treaty Collection provides the following database:

For a subscription-based database, HeinOnline's World Treaty Library is the most comprehensive one.

Researching Treaties to Which the United States is a Party

To track treaties that have been submitted to the Senate for advice and consent, you can do your research on Congress.gov. Unlike bills, which die at the end of a congress if they do not become law, treaties remain pending in the Senate until the Senate has completed its action by either agreeing to the resolution of advice and consent to ratification or by returning the treaty document to the President. You can find full text treaty documents or information about them on Congress.gov for all treaties submitted to the Senate since the 94th Congress (1975-1976). Treaties submitted prior to the 94th Congress are included if they were pending in 1975.

The Office of Treaty Affairs from the U.S. Department of State is another authoritative resource for you to research U.S. treaty law and practice. To verify if the United States is currently a party to any treaties or international agreements, start from the Treaties in Force publication on the Department's website, which is published annually on January 1 of the calendar year.

However, since the Treaties in Force is published only once a year on January 1, the information may not be entirely up to date. To find new treaties or international agreements that may have entered into force after the publication date, you will then check the Treaties and International Acts Series (TIAS) on the Department of State website for the period not yet covered by the Treaties in Force. You can access the TIAS by clicking the Agreement Texts tab.