What's in a Regulatory Citation?

Regulations are published chronologically as promulgated in registers and topically in codes.

Citations to regulations as promulgated include a volume number, the name of the register in which they are published, and a page number.  They include the  full date in parentheses at the end.  Register page numbers can get very large since the issues are paged consecutively over an entire year.

Codified regulation citations are to major division such at title number, the abbreviation for the code, and then section number.   These usually have the year of the code volume in which it is found, or in the case of regulatory codes in loose-leaf format, the year of the page on which it is found.  Remember that the same code sections can refer to different language at different times, so including the date of the code, rather than the date of promulgation helps the the reader to look at the same language used by the author.  For some regulations, like those of the IRS, the Bluebook citation includes the year of promulgation, rather than the current code. 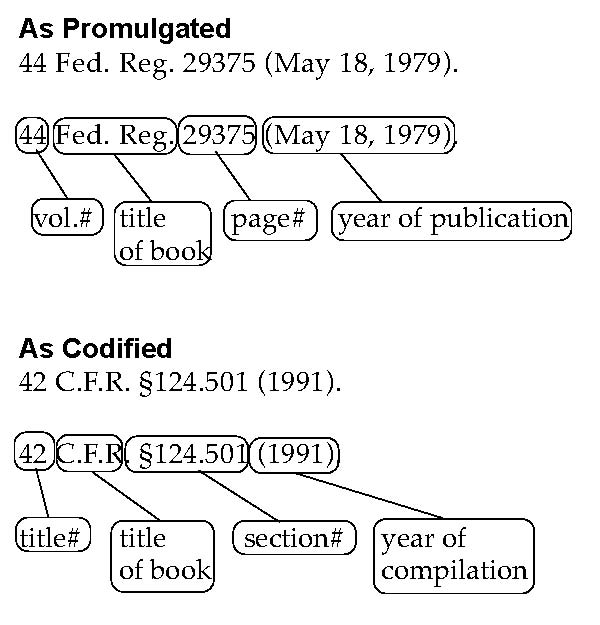